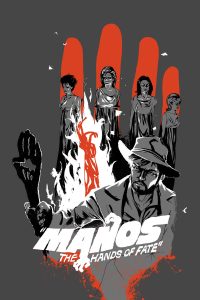 Do you remember that vacation when you and Mom and Dad and Peppy drove and drove on that vacation, but Dad couldn’t find the inn so you just stayed at a random cult headquarters run by a guy in a huge red caftan with hands on it and a nutty guy with giant knees tried to grope your mom? Me neither. In the film, Manos: The Hands of Fate, stuff like that happens all the time. 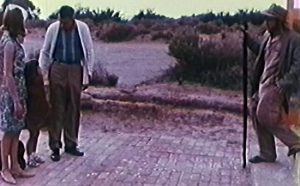 Come for the story. Stay for the cinematography.

A family with the wimpiest, laziest dad on record gets stuck at a remote b&b with a negative yelp score. The weird, drug-addled handyman with collagen-infused knees makes creepy goo-goo eyes at his wife, and the little girl with a fake June Foray-ish re-dubbed voice whines, sleeps, and sics a huge Doberman on her parents. Meanwhile, in the basement of depravity, a bunch of women dressed like rejects from the Isadora Duncan School for Astronauts’ Wives do interpretive dance and have cat fights over a guy who couldn’t get laid in a whorehouse with a fistful of twenties. 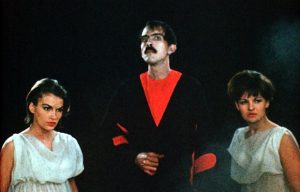 What’s the point? Well…wait. I know this. Oh, it’s a movie made on $19,000 in 1966 which is roughly the yearly salary of 2.4 low-level attorneys at that time. Director, Harold Warren thought about it and wisely decided to make this film instead. 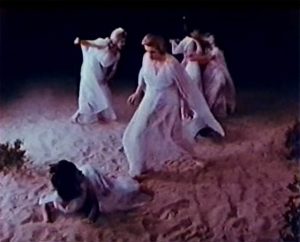 “Honey! Get the spray! The Valerians are back!”

John Reynolds plays Torgo, who watches the place when the Master is away. The Master (Tom Neyman) must step out a lot for them to have that system in place and all. The Master wears a big cult robe as I mentioned earlier and pretty much keeps things close to the chest, which, as I also said, is covered by a big hand. Yep. That’s all I got except there are also police who aren’t quite up to Clousseau-level investigating and mostly try to stop people from making out. 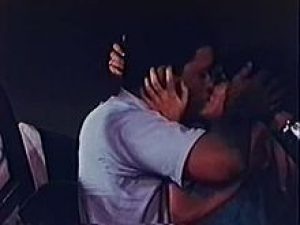 I didn’t say they were successful.

Please join us on Twitter tonight, Friday, November 18 at 11pm eastern for Manos: The Hands of Fate. Just jump on Twitter and tweet along with the film using the #BMovieManiacs hashtag. You’ll be glad you did. Well, I guess you could grab a jar of Marshmallow Fluff and zone out while binge-watching reruns of 21 Jump Street, but we all know how you’ll feel the next day so just join us and quit fighting it. 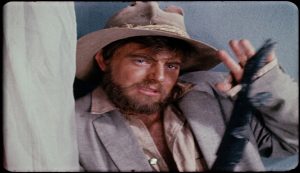 Torgo fends off the paparazzi…and those manta rays.

We chose this film for this week because Tom Neyman, the actor who plays The Master, passed away recently and this is our way of paying our respects. We watch and make fun of these films because we love them and the people who took out a second mortgage to make them. 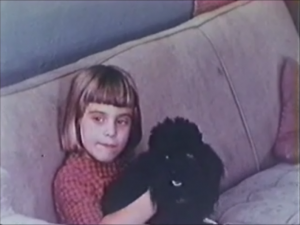 Debbie and Peppy in happier times.