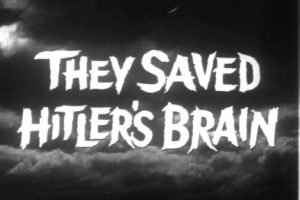 First, there were The Madmen of Mandoras, but TV wanted more crazy, so director, David Bradley, added Vic and Toni and filmed an additional 30 minutes. That extra half hour transformed the film into Da Daaaaaaaaaaaa They Saved Hitler’s Brain. 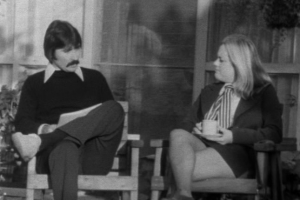 Despite the fact that the first half hour is sewn onto the film like Frankenstein’s monster’s arm, it’s still a classic. Haha I’m just joshing you. Ok, I’m not. It is a classic if you like fun, low-budget films, which we do here at B Movie Maniacs. 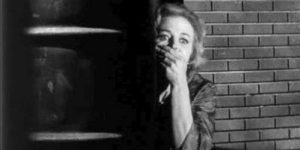 Anyway, please join us tonight, July 21, 2017 at 11pm edt for They Saved Hitler’s Brain!  Tweet along with the usual band of miscreants using the hashtag #BMovieManiacs.

If you’d like to read more about this cinematic masterpiece, here’s a review of the film written by someone we trust… me.

#BMovieManiacs Event: Time of the Apes