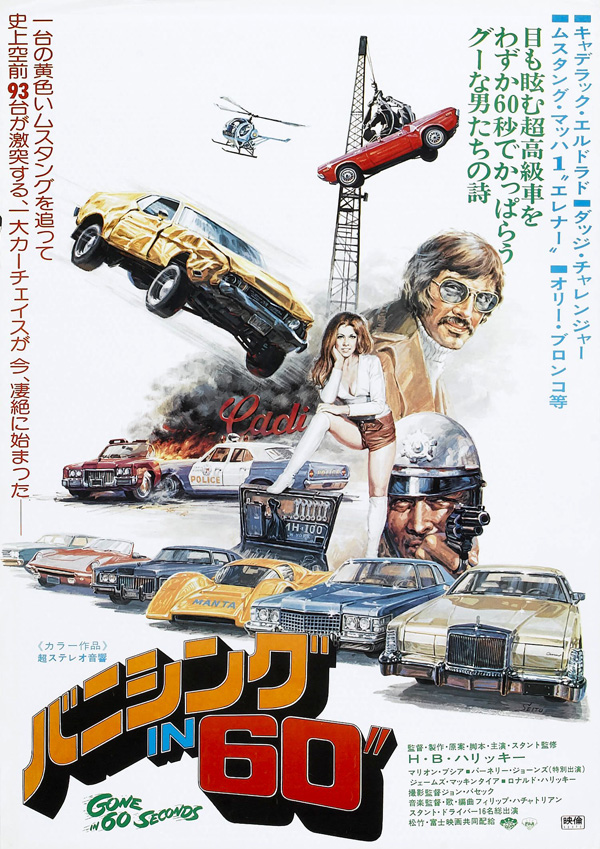 Two things I learned from Gone in 60 Seconds:
1-Halicki can choreograph a hell of a chase scene.
2-Cops can’t drive.

Such a cool movie. You know the story. A ring of car thieves have less than a week to steal 48 high end cars and deliver them to a pier where they’ll be shipped to a foreign buyer. To disguise their efforts, they give each car a woman’s name. The bane of H.B. Halicki’s Maindrian is Eleanor, a 1971 (redone as a 1973) Ford Mustang

which eludes him throughout the film. Made on a shoestring, Gone holds your interest as the gang steal car after car with rarely a hitch. The exception of course, Eleanor, ends up as one of the stars of the film barreling through one of the longest, and most complex chase scenes I’ve ever seen. If muscle cars, crime films, or car chases do it for you, check out Gone In 60 Seconds. A word of warning, watch the 1974 version. The remake with Nicholas Cage and Angelina Jolie will give you a rash.