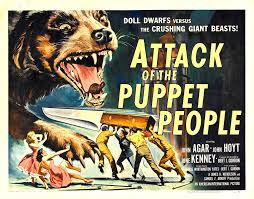 Attack of the Puppet People stars John Agar!  Quel surprise!  Director Bert I. Gordon, of Empire of the Ants fame, directed this tale of a crazed puppeteer doing crazy puppeteer things.  How odd.  I mean a puppeteer acting strangely?  Next you’ll tell me some story about a mixed-up ventriloquist or a murderous clown.  Pshaw!  Anyway, please join us for both fabulous films tonight.  Just use the #BMovieManiacs on Twitter and watch and comment along.  We hope to see you there! 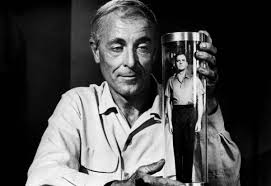 I think we all feel this way about John.  Am I right?

Here’s the link to Attack of the Puppet People http://youtu.be/aQsRE2tVQNM   Please press start at 11pm edt and join us!  Use #BMovieManiacs on Twitter.

The Alligator People (1959) serves as a cautionary tale of sorts.  If you marry a guy you hardly know and he runs off on the first night of the honeymoon, let him go.  It’s not you, really.  Anyway, this film stars Beverly Garland, Lon Chaney, Jr., George Macready, and Frieda Inescort.  Director Roy Del Ruth (Du Barry Was a Lady, The Babe Ruth Story) had a long career starting with the silents which could explain the cast.  Either they wanted to do him a favor or he had some killer photos to sell. 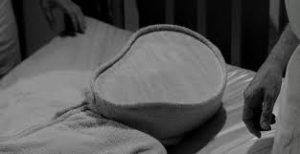 I have to go!  I’m late for the Mummenschanz audition!

#BMovieManiacs Event: Two Films in One!