Have you ever wanted to go to Mars, but the other guys just want to hang out at the space station and add water to all the concentrated meals? 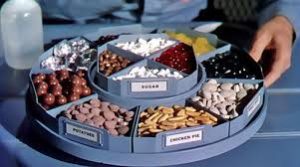 Then you’ll empathize with the gang in this film.  Some of them want to go to Mars.  Some of them want to grab the shuttle to Venus for a little fun.  The rest?  They like sitting in a dark room looking at a Jimi Hendrix poster with a black light while eating pop rocks and coke.  Well, maybe I made up that last part.  Anyway, space guys on a space station talking about space in the 1950s sounds like a party, right?  Right.  So please join us tonight (Friday, June 26, 2015) at 11pm eastern and tweet along with our hand-picked bunch of weirdos.  I mean that in the nicest possible way.  Just use the hashtag #BMovieManiacs and press play at exactly 11.  Then, say whatever comes into your head.  Consider this virtual free association therapy. 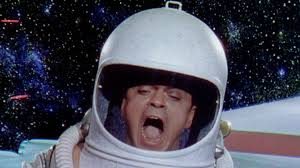 Here’s the link to CONQUEST OF SPACE. 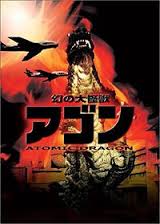 For our second feature we offer AGON: THE ATOMIC DRAGON (episode 1).  Agon, an atomic dragon, runs amok in Japan and wrecks stuff.  OK?  If that’s not enough for you, then you might need to move on.  Personally, the idea of a giant atomic dragon destroying all the buildings still standing after Godzilla and Rodan do their kaiju march to the sea thing fills me with giddy happiness.  We’ll start this short program at 12:30am eastern after CONQUEST OF SPACE. 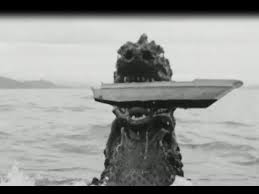 Here’s the link to AGON: THE ATOMIC DRAGON.

#BMovieManiacs Event: Kingdom of the Spiders